The store will not work correctly in the case when cookies are disabled.

The proof is in the pet.

Clinical studies exemplify what veterinarians have said about VetriScience® since we began making supplements.

GlycoFlex® was used in a randomized, double-blind, cross over design dog study at Washington State University. In this study, researchers used an osteoarthritis (OA) model to determine if GlycoFlex® could support normal joint function in affected patients.

The results of the study suggest that GlycoFlex® may help normalize joint function in dogs with joints affected by OA.

Clinically shown to work within 30 minutes

Composure™ was used in a blind, repeated measures study with two treatment groups conducted by CanCog Technologies to demonstrate that a single dose of Composure™ would have anxiety reducing properties in dogs, with specific objectives of establishing the onset and duration of anxiolytic properties of Composure™.

Source: CanCog Technologies Study “Assessment of Anxiolytic Properties of a Novel Compound in Beagle Dogs with a Noise-Induced Model of Fear and Anxiety”

Clinically shown to last up to 8 hours

These results also determined there was a significantly positive (increasing) relationship of pre, during and post thunder heart rates, global anxiety scores, and anxiety intensity over time, suggesting the dogs exhibited conditioned anxiousness related to repeated exposure to the thunderstorm audio. However, the Composure™ Long Lasting group still exhibited significantly greater calming properties at 8 hours after dosing compared to the generic group. This suggests that Composure™ Long Lasting exhibits an effect on both conditioned and acute calming properties that was not demonstrated in the generic group.

Source: *CanCog Technologies Study Assessment of Calming Properties of Composure™ in Beagle Dogs with a Noise-Induced Model of Fear and Stress. 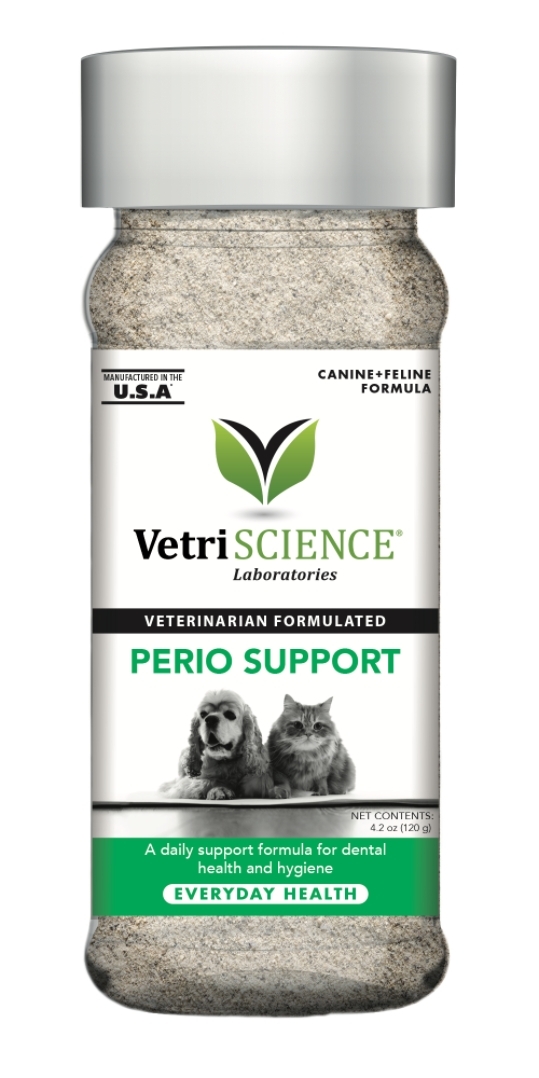 Clinically proven to reduce plaque and tartar within 28 days

Perio Support powder was evaluated using double-blinded trial protocol. A total of 20 canine (Greyhound) subjects’ teeth were evaluated. Study subjects in each test group were offered the assigned control or test product twice daily during a scheduled meal feeding. Prior to the study each animal had his/her teeth cleaned, scaled and polished after which the presence of gingivitis, calculus and plaque was assessed. Evaluation of plaque, gingivitis, and calculus was completed on each animal 14 and 28 days after the initial assessment. The examination of teeth included the buccal surfaces and both sides of the mouth. Review was limited to the following 7 teeth: Maxillary Canine, Maxillary 3rd Premolar, Maxillary 4th Premolar, Mandibular Canine, Mandibular 3rd Premolar, Mandibular 4th Premolar, Mandibular 1st Molar. Experienced dental hygienists performed the scaling and scoring of the teeth. Specific criteria for evaluation are those set forth by VOHC (Veterinary Oral Health Council).

Administering Perio Support powder to the dog’s food twice daily at the recommended amount resulted in a significant decrease in plaque formation as well as a strong trend in the decrease of calculus formation. Results demonstrate the reduction in overall plaque by 20% and calculus by 18% in the 28-day trial when compared with the control subjects.

Source: Hemopet / Hemolife Study "Evaluation and Comparison of the Effectiveness of VetriScience® Powdered Perio Support on the Reduction of Plaque, Calculus, and Gingivitis in Adult Dogs"

Dr. DeLomba combines extensive clinical experience with 16 years in small animal general practice and 12 years in veterinary pharmaceuticals. She has authored over 50 veterinary articles and continuing education courses. Dr. DeLomba earned a DVM in Veterinary Medicine from Michigan State University and an MBA from Villanova University.

We use an extensive array of research-backed ingredients such as: 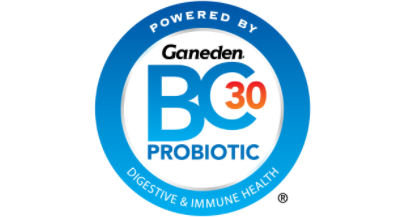 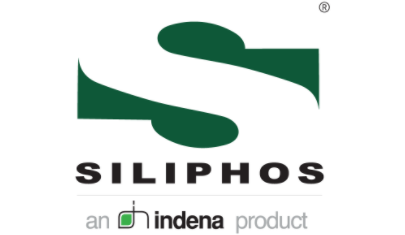 We pledge to always think of your pet as our own and provide them with innovative supplements to help them feel their best.